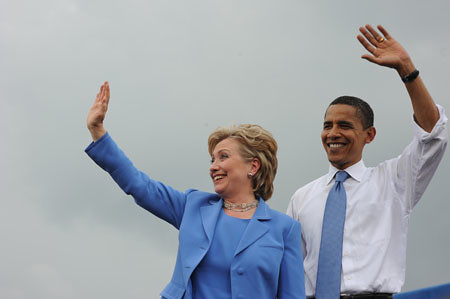 We see it every election cycle: a flurry of press releases from a campaign saying that someone else says their candidate is the greatest thing since sliced bread and how could that person be wrong? Are you questioning their divine knowledge? Papers, comrade?

In some cases, I believe they’re necessary. When a hard fought game ends, you shake the opposing team’s hands. When a hard fought primary ends, barring any real nastiness by the winner, there should be an endorsement of said winner. Yeah, I’m a part of the Party Unity camp. If there’s nastiness and personal attacks, I think you deserve to lose those votes. Flies and honey and whatnot. Sometimes the last thing you need is an unpopular pol or loony rag latching onto your hull and dragging you down like a piece of kelp.

In the case of Democratic Party primaries for President, endorsements were necessary. It’s being reformed now, but my party’s nominating process, which baffled even some of the top strategists in this field, included these funny little things called “Superdelegates” which combined with regular or “pledged” delegates that come from winning caucuses and primaries add to your total and good gravy who thought this up?

Anyway… it’s being looked into. Chuck Todd can relax his calculator.

So what say you, reader? Does the opinion of a newspaper’s editorial board or an elected official have any sway on your vote?